As I’ve written about elsewhere, the summer that I graduated from Indiana University, I ended up staying in Bloomington a few months longer because I had the opportunity to housesit for two married professors who had gone out of town on a research trip.

I was mainly only responsible for feeding their two cats Bato and Santewa (whom my younger sister renamed Bono and Santana when she came to visit me for a few days), so, other than the few hours a week I spent working a temp gig in a storage facility on the edge of town helping the university catalog the contents of a newly acquired film archive, I had a lot of time left over to sit around and write in my journal.

Obviously, I had just completed the four years of my undergraduate degree (which the student loan center tells me I will finally be finished paying for by the end of 2016, at long last), so even though it’s my nature to think Big Thoughts about most changing phases of life, this felt even more momentous than usual. I had finally finished school! I was becoming an adult! I was entering the Real World! There was lots to journal about.

Of course, top of the list was figuring out what I was going to do, professionally, which in turn, I silently assumed was going to dictate who I was going to become. I had accidentally stumbled into a great internship the summer before while I was studying abroad in London, so I had a vague sense I should probably get another one that related more closely to . . . whatever it was I thought I wanted to be employed doing. Luckily at that point in 2001, there wasn’t quite the professional tyranny of the internship the way there is now, so even though I didn’t have anything lined up, it also didn’t really signal a career death knell the way it would if I were in that situation today.

I felt pretty confident that I might want to become a film critic—it combined two of my major loves, movies and writing—so I applied to the internship program at Entertainment Weekly magazine and they sort of halfheartedly wait-listed me, telling me I should be sure to stop by the office if I ever found myself in New York. This small bit of encouragement of course immediately precipitated my first-ever trip to Manhattan, which had been scheduled for something like September 22, 2001, but that’s another story for another time.

But in the course of my journaling about the shape my life might take going forward, one of the best and funniest things I ended up writing down for some insane reason was a list of all the things I would never do or be by the time I turned 21, since I had already blown past that milestone a year back.

I guess maybe I considered it some sort of gesture toward the process of elimination? Like, if I could just get out of my brain all the things I’d never do and never be, it might somehow help me discover all the things I could do and might be? I need to scrounge up that old notebook at some point to see what I actually put on the list, but as I recall it was mostly things with physical impossibilities—I’d never be a dancer or a gymnast or an athlete. But, I’d also never be precociously successful—I’d never release an album of immaculately wrought chamber pop to critical acclaim by the time I turned 21.

See, I’d recently become obsessed with Neil Hannon of the band The Divine Comedy, and I loved his album Liberation, which he released when he was 23, so much that I probably would have physically ingested it if I could have figured out a way to bake the CD into a pie. So this was definitely some sort of morosely self-deprecating reference to my regret that, despite the fact that I’d never written an original song in my life, I hadn’t managed to make any music as brilliant as his by that point (even if he has disowned the first-ever album he made when he was 20).

As I’ve said before, I have always had an obsession with simultaneity—wanting to know what someone was doing at the same time I was doing something else, somewhere else. But the dark side of what’s usually just a fun, friendly, getting-to-know-you kinda cocktail party conversation is when I start trying to measure myself against someone else’s life journey. I used to measure myself, emotionally, against my father’s life path, telling myself that if he could handle something challenging, then I should be able to handle it too. But I also used to do it, chronologically, with my mother. 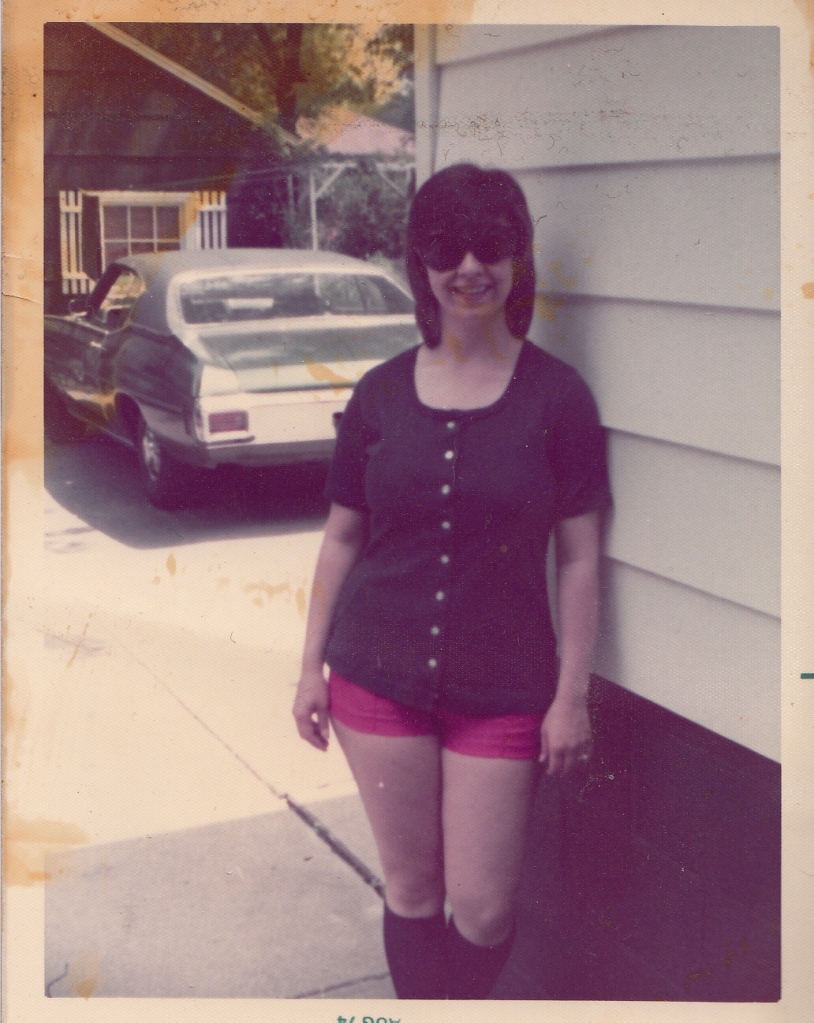 I know it’s not uncommon for people who have lost a family member at a young age to feel the rest of their lives ticking along a secret clock counting down to the age their relative was when they passed away. My mom was only 31 when she died, so the chunk of time I had to work with was not only pretty small but also neatly coincided with the years that fucking everything feels most urgent and dramatic in a person’s life.

In high school, I wondered if I was destined to fall in love with a student teacher, the way my mom and dad had met and fallen in love through the theater department.

When I turned 19, I realized there was no way I was going to end up married young, like she had, seeing as how, after I’d broken up with my high school boyfriend, I wouldn’t end up dating anyone at all again (unbeknownst to me at that point) until my late 20s.

When I turned 23, I was extremely glad I was not giving birth to my first child.

But 30, though, I had a slightly tougher time with. For whatever reason, 31, the actual age that she was when she died, wasn’t that big a problem for me. But in the last few months of my 20s, leading up to my 30th birthday, I found myself jangling with nervousness.

It felt trivializing and banal when people tried to joke with me that I was just stressing the carefree end of my 20s, that it was a right of passage that everyone goes through when they realize they have to really get down to the business of making a life for themselves in their 30s. “Ha ha, yeah, I’m sure getting old!” I would meekly joke, while I had this goddamn countdown timer that no one else could see or hear, insistently reminding me of loss, and death, and irrevocable change, constantly buzzing just at the threshold of my awareness.

It’s not that I thought I was going to die too, necessarily. It’s more that I was scared that I wasn’t going to know how to live my life if I didn’t have someone to emulate.

When I finally turned 31 and there were no more of my mother’s milestones to measure myself against, I wish I could say I felt a tremendous surge of liberation. That I finally dropped into my body and into an awareness of my own life force, that I stepped out onto the street, reborn into my own wholeness, like at the end of Hedwig and the Angry Inch.

Though I may not have consciously felt it as a surge, it . . . actually kinda did happen, almost in spite of myself. I closed down the blog that I’d been keeping since my mid-20s that was initially designed as a way for me to pretend that I actually had become the film critic I’d aspired to be at 22. I went into training as a clairvoyant and joined a band and fell into an amazing romance. The past six years of my life have been beautiful and challenging and creatively fulfilling in ways that I never could have predicted if I were still trying to shoehorn my narrative into a sequel of my mother’s.

But, having just turned 37 a little over a week ago, I won’t pretend that I don’t still secretly kind of long for that yardstick to measure myself against. Being one’s own person is hard. Forging an independent path is scary, especially as someone with perfectionist tendencies who mostly just craves the knowledge and validation that I’m “doing it right.”

And though, yes, my ambitions are constantly driving me toward wanting to define who I am, and what I want to do, and what my path is through this world, I’ve also finally begun to realize the value of focusing on the simpler, quieter, truer, more honest, more direct, more elemental parts of myself—that I love to communicate, I love to observe, and I love to change things, particularly if they can be changed through delight. That’s a list that I’ll look forward to growing into, not out of, or away from, or alongside.