Spirits in the Material World

The Times That We Met Before We Met

We all have those splinter spots in our lives where, if we’d gone in another direction, the trajectory of our lives would have been radically different.

It’s the butterfly effect or the Sliding Doors principle or whatever.

One of my favorite takes on this concept comes from Hawaiian shaman and author Serge Kahili-King. In his book Changing Reality, he talks about working with and sending healing energy to a parallel version of himself:

Just before I was discharged from the United States Marine Corps, I was confronted with two major choices: to go home to finish my education and marry the woman I loved, or to buy a boat with a friend and sail the South Pacific. Well, in this life I made the best choice and I’m still happily married. Years later I decided to explore the alternate choice in the context of a parallel life and discovered myself dead drunk in a bar in Samoa. Years later I went again and found myself dead. Years after that I went into the same parallel life a few minutes before dying, convinced myself to make some better choices, stopped drinking, and continued with a more productive life in that parallel experience.

I tend to think about my own splinter points a lot, mostly because I think they would have taken me to some similarly self-destructive places.

One of the big things I didn’t mention in my post about my long-distance relationship with my high school boyfriend who moved to L.A. is that, the year after he left, I applied to the same program that he was in. And, I got accepted. I was over the moon about the idea of skipping my senior year of high school and going to live in L.A., without really stopping to consider if, y’know, I actually wanted to go live in L.A. It was purely a means of escape. I wanted out of Indiana and out of my father’s house. I wanted into the more glamorous, worldly, sophisticated, urban life that I thought I should be living.

Ultimately, though, I couldn’t afford it. When I finally was able to review my financial aid package, and compared it against my own meager savings and what my father would be able to contribute to fancy out-of-state tuition, it was clear that it just wasn’t going to happen. I returned to my high school for my senior year, abashed, my tail between my legs.

Years later, when I was finally able to joke about the situation, I often liked to say that it was for the best that I never went out there, because I just would have developed an expensive drug habit. Now, aside from some very cursory and mild experimentation in my 20s and early 30s, I’ve never had much interest in drugs, so I don’t really know where that conjecture is coming from. Is it just a joke? A piss-take on what supposedly happens to innocent Midwestern girls who get taken in by the City of Angels? 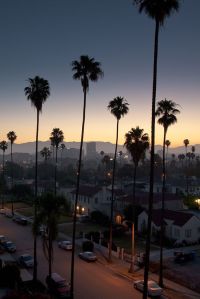 Or is it an admission that some part of me knew I wouldn’t have been happy out there? A sinking feeling that if I had gone despite the money problems, I would have wound up self-medicating to manage the stress of that wrong decision? It’s probably worth a meditation or some dreamwork at some point to try to explore and discern. I have a feeling that that other version of me, wherever she is, could probably use some love and encouragement.

My other main splinter point comes just a few years later, when I’d interviewed for an internship at a well-known entertainment magazine in New York City. My interview had, earlier in the summer, been scheduled for what turned out to be two weeks after 9/11. Though of course there’s the chance they wouldn’t have given it to me anyway, I sometimes fancy my chances were reduced, in that understandably hyper-I-[heart]-NY time, because I didn’t already live in the city. In the alternate reality where I did get the gig and did move to New York, though, what would have become of me?

I don’t have a funny, pat answer for this one. Mostly because, more than 10 years on, I’m relieved I didn’t end up shackling myself to the vicissitudes of entertainment journalism. (I thought I wanted to get into it to write pop film criticism, but, let’s be real—I would have been working in entertainment journalism.) As my interest in writing straight-up film, music, and TV reviews waned throughout my twenties, and as I grew more and more exhausted with the idea of keeping up with their various hype cycles, I was so glad that I had the freedom to let my essays about those things just die off naturally on my old blog, since I had no other real professional imperative to keep up with any of it.

However, I remain tantalized by the more recent revelation that I could have met my current boyfriend way back in 2001/2002 if I had moved to New York. Between his own contingent life possibility where he could have opted to go to NYU for grad school and the actual reality that, commuting back and forth from Connecticut, he was spending a lot of time in the city making art with his experimental theater friends, there’s a small but distinct possibility that we would have run into each other a good seven or eight years before we finally did in Chicago.

The possibilities multiply exponentially from there. If we had met, would we have liked and fallen for each other? Would we have tacked those extra years on to our romance? Or were the intervening years that it took for us to come together actually necessary to our development as people, so that when we finally did meet, we were really and truly ready to become such good friends and collaborators and eventually lovers? Without the benefit of the different paths we ended up taking, alone, during the bulk of the ’00s, would we just not have clicked? Would we maybe have recognized some glimmer, some spark, between us as spirits, then been unable to build on it or pursue it? 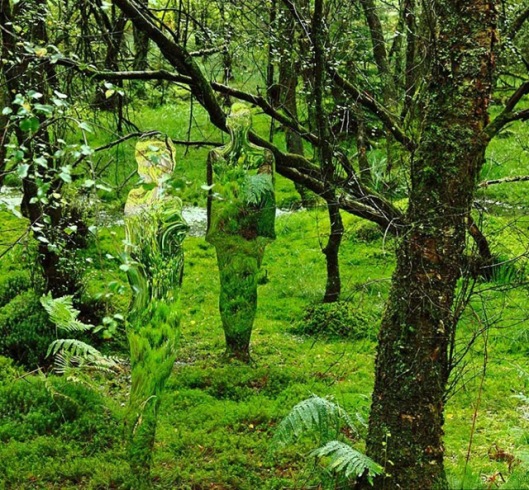 Romantically, I prefer to imagine that of course we would have found a way to come together, but really, it’s anybody’s guess what might have happened, given where we both were in our lives at the time. I could just as easily have missed out on this relationship that warms my heart so much, all because I would have been in the right place for my ego but the wrong place for my soul.

Though I often give myself a hard time for what I perceive as a lack of glamor and adventure in my current life, maybe I need to make peace with the fact that this version of my life is the right one for me after all. It seems like the choices between L.A. and New York are sort of my own personal Goldilocks and the Three Bears moments—too hot, too cold—whereas Chicago has turned out to be, basically, just right.

« My Eyebrows Will Tell You Everything About Me
Talking to Phil Collins’s People »
Loading Comments...