My first boyfriend skipped his senior year in high school to start early as a freshman in a fancypants program at the University of Southern California. He left for Los Angeles at the end of the summer we met. 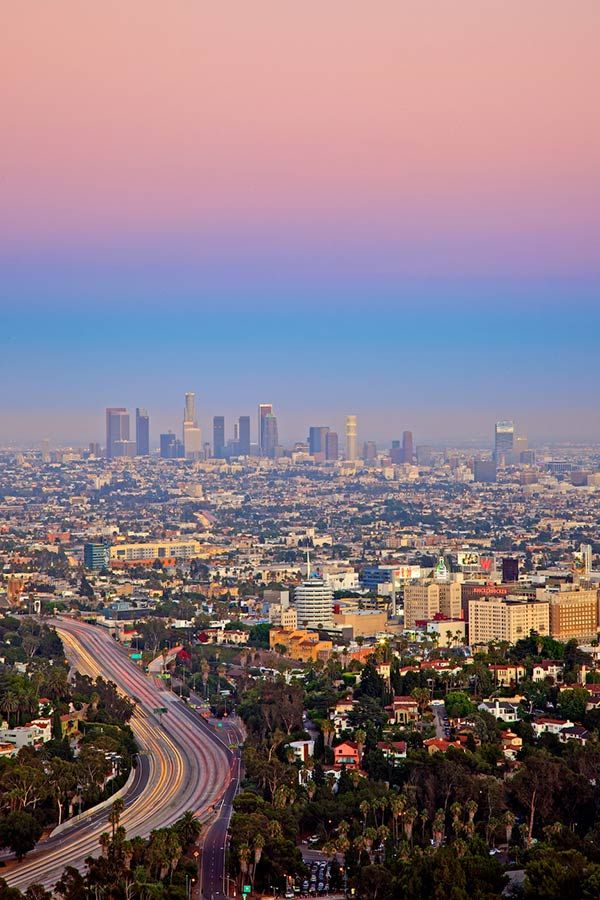 In many ways, it was the perfect relationship for 16-year-old me.

I got all the romantic pining and pre-e-mail love letter writing with none of the daily negotiations of when we were going to hang out or any other reality-based buckets of cold water that would have quashed the highly romantic narrative I adored being the center of. We lasted about two years this way, and I have no regrets about any of it. 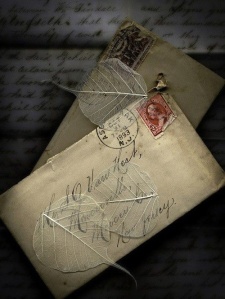 Well, I guess except for the typical regrets that come with simply having once been a teenager and thus having lacked the emotional intelligence to handle highly charged situations that inevitably become a bit easier to manage when one gets older.

He came back home to visit his family often enough that first year, but going into the second year of our relationship, which coincided with the beginning of my own senior year in high school, I was feeling squirrely and ready to declare a bit of my independence. So, late that fall of ’96, I decided that I would fly to L.A. to visit. 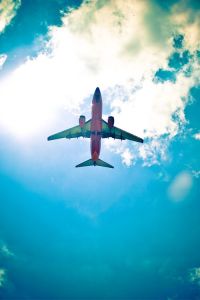 Looking back on that trip, I know I was an emotionally voracious wet blanket. I was especially pouty and sullen any time I was expected to interact with large groups of his friends. I wanted nothing more than to spend time with him and didn’t know how to communicate my crushing disappointment when it became clear that he wasn’t going to allow me to, you know, lock him in a quiet, dark room with me for two or three days straight. He welcomed me to join in his revelries with his friends and, rightly, felt no qualms about proceeding about his business when I feigned jet lag and went to bed early the night of my arrival.

I fared a bit better in the ensuing days in one-on-one interactions with his roommates and other closer friends. It being USC, at least one of them was studying filmmaking, and happened to mention how much he’d enjoyed a new indie film that had just come out, in limited release, from Miramax, called Swingers. The title went into my mental Rolodex for the next several months. 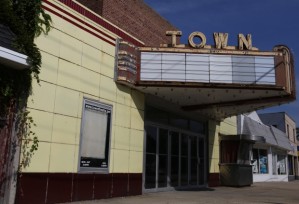 Fortuitously, that following spring of ’97, I saw that Swingers was scheduled to screen at the late, lamented Town Theater in Highland, Indiana, the place where I saw so many great things that year of my own burgeoning interest in film. I don’t remember much about that first viewing, only that I instantly loved it and knit the film into my personal pantheon of films that felt like they truly belonged to me without having first been passed through my father’s tastes. I’d felt the same way about Pulp Fiction when I first saw it two and a half years earlier and would feel the same again when I saw Rushmore two years later. And there were countless others, of course. But Swingers somehow felt special because I’d first heard about it from some college kid in Los Angeles, at a time when I was busy fashioning myself into the kind of person who knew cool people that knew cool things. 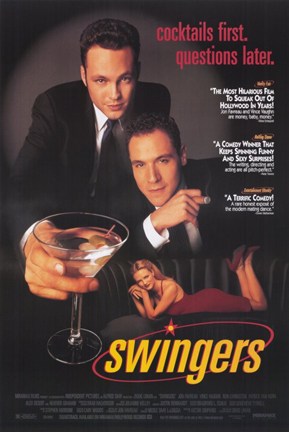 I watched the film repeatedly in college and even had a poster of Vince Vaughn and Jon Favreau hanging on my closet door for a period of time. I was fully in my “one of the boys” phase of life, and few things made me feel more IN than taking this film to heart. All the inside jokes and clever lingo and the revelation of how regular-seeming but impossibly witty guys related to and bonded with each other was irresistibly appealing. I couldn’t get enough. For from feeling like an outsider, like one of the unknowable girls these characters lusted after or found otherwise elusive, I felt like I was part of their clique, part of that group of tight-knit friends. (And clearly, so did many, many other people, as the recent delightful oral history of the film over at Grantland makes clear.)

Even though, in real life, it was challenging for me to, say, fly to L.A. and find a way not to be an awkward spazz around my boyfriend’s friends, Swingers nevertheless succeeded in seducing me into riding along to Vegas with these screen-friends on their us-against-the-world adventure.

Recently, my now-boyfriend brought home a copy of the Sammy Davis Jr. live album The Sounds of ’66. 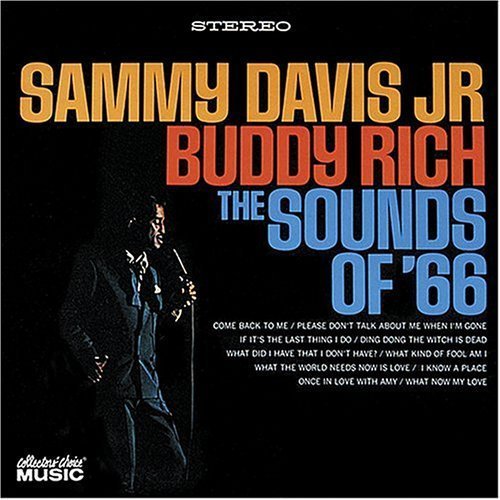 Even though I actually am a performer and have played in my fair share of late-night, high-energy, never-to-be-recaptured shows, I find myself resolutely not identifying with any of the musicians on this album. Least of all Davis himself. When I listen to this album, I am completely surrendered to his showmanship. His masterful command of the band, his voice, and the crowd delights me like few things have recently. At the slightest provocation, I will repeat his opening remarks, “Any noises that come from the audience or any of the people or any side noises you might hear, know that they are NOT canned—they are LIVE” like it’s a mantra.

I listened to the tracks during my morning commute on a particularly jam-packed train car last week and felt instantly completely immune to the stresses of the situation. It was like Davis was creating a magical, protective bubble that extended not just to his audience of showgirls and high rollers who’d come to let their hair down after hours at the Sands but to any of us, at any time, with any need to be elevated out of the mundane. Such is the force of his talent and charisma.

In this instance, though, it’s actually those invisible, unnamed showgirls populating the audience who I am most compelled to identify with. Hearing them clapping and cheering and just generally losing their minds (particularly whoever’s really going nuts at the end of “Once in Love with Amy”—a woman named Amy, perhaps?) touches me for the way it conveys that, yes, Vegas in the mid-60s really was as swinging as we’d like to imagine that it was. They were there to take full advantage of all its glamour in all the ways they could. But in many ways their pleasure is the actual aspirational part of the recording for me, a reminder to enjoy my own lived moment as a woman, without either hiding or persisting in my old belief that being one of the guys is the only game in town.

« Looking for My Sublime Tribe
Through the Lens of Love »
Loading Comments...