Amy Winehouse and the Wholeness of Song 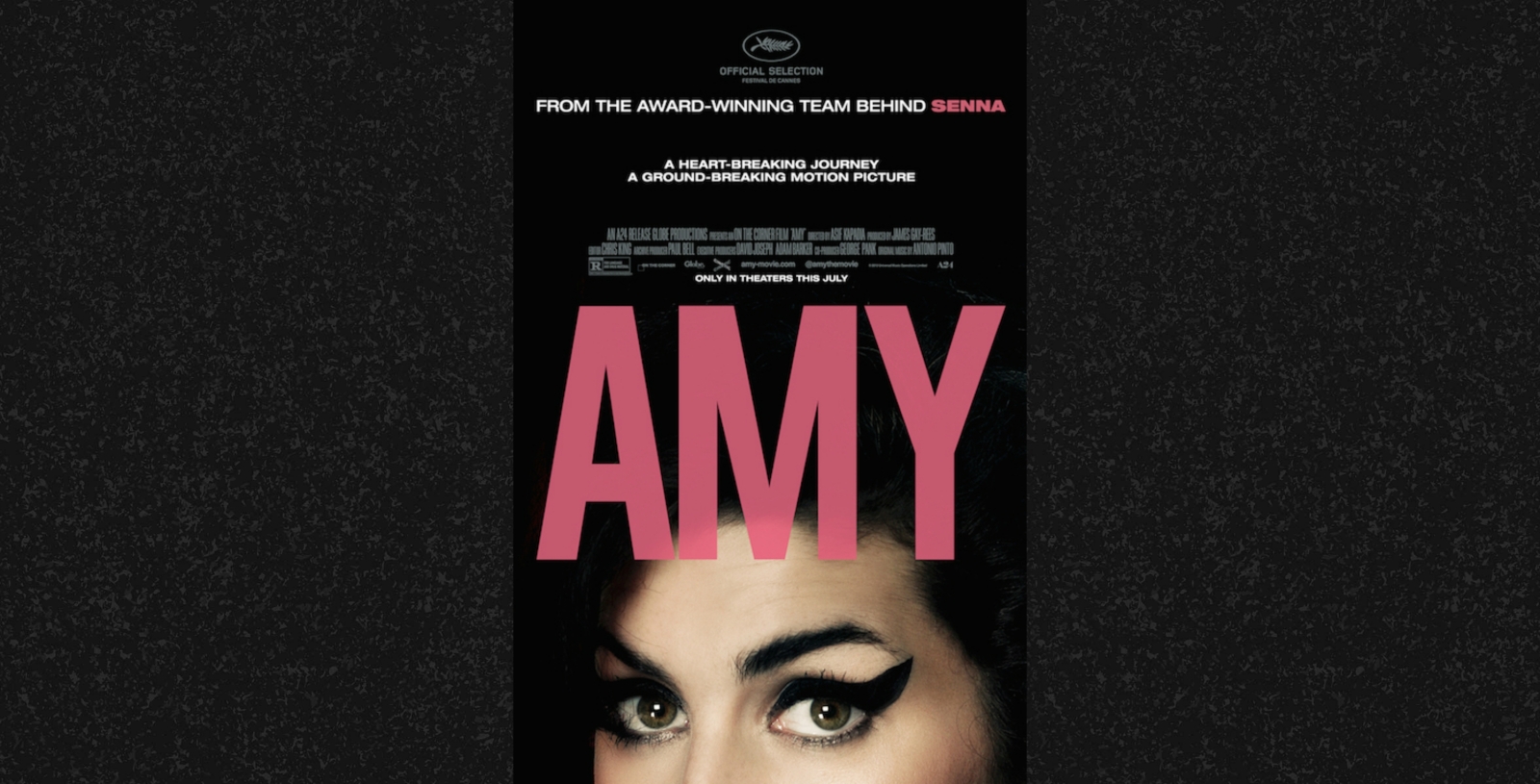 This is probably the dumbest thing in the world to admit out loud, but—I actually thought the recent Amy Winehouse documentary Amy was going to be about the music. 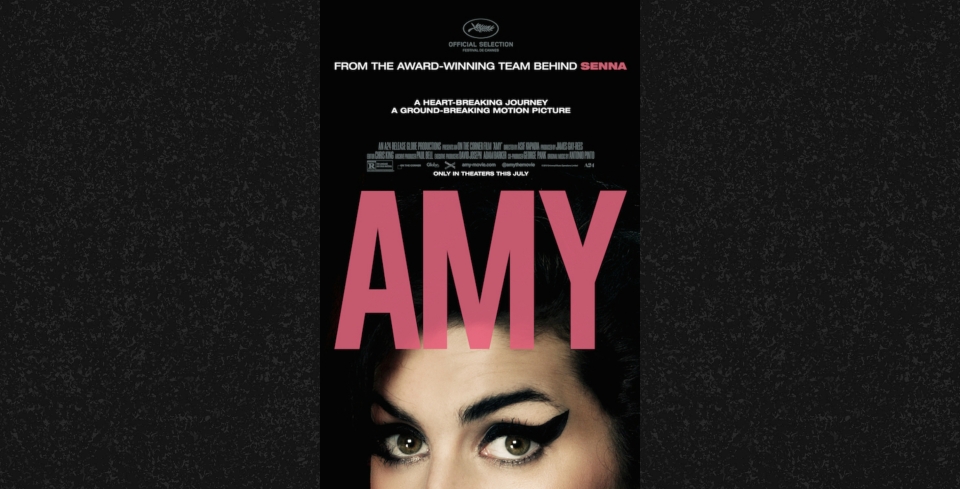 After weeks of trying to get myself to the theater because I was so looking forward to checking it out, it probably wasn’t til about halfway through the run time when it finally hit me—no, this is just going to be another handwringing rehash of her tabloid exploits with the added tsk-tsk factor of “shouldn’t someone have done something about this?”

It felt like just one more violation of her unbelievable talent and her fragile psychology in a long line of prior, continued violations. As the film went on, and the anecdotes about her drug abuse and other depravity got more and more lurid, I actually went inside myself, psychically, and sent out a beacon to her spirit, apologizing to her for my even watching it.

I truly thought it was gonna be about the music.

In the weeks leading up to our going to see the film, I was in the midst of reading A Genius in the Family, the memoir about growing up with classical cellist Jacqueline du Pre written by her sister Hilary and her brother Piers that was used as the basis for the film Hilary and Jackie.

I remember loving the movie when I saw it in the ’90s but didn’t realize until I did some cursory Googling a few weeks ago what a scandal it caused in the classical world—lots of musicians who knew du Pre during her heyday were aghast at what they saw as her siblings’ exploitation of her personal struggles. Given the disgusting way that Amy Winehouse’s father was depicted in the documentary, the parallels couldn’t have been more clear to me—fame and talent do weird, unexpected things to people. Not just to those in possession of them, but to the people in their orbit as well. And we’re all pretty much complicit in it.

I asked a classically trained friend of mind to recommend me some choice du Pre recordings, not so much out of penance to Jackie or feeling like I needed to apologize to her as well, as much as a way of getting a fuller picture of who she was and why people would feel so keenly that they could get something out of trading on her name (whether in her defense or by dishing dirt) so many decades after her death.

Honestly, as a musician, there are very, very few books or documentaries about music that give me as much detail as I actually want about the process of actually making music. Like, I found It Might Get Loud frustrating, not just for the overwhelming white maleness of it, but because I wanted less of The Edge’s moony recollections of buying his first guitar and more scoop on how he does exactly what he does. As I stated in my review of it way back when, “I wanted to hear more about specific chord tunings, songwriting techniques, recording tricks, all that trainspotting nerdery. . . . I could have used fewer rhapsodic monologues on the theme of ‘when I was a young boy, the guitar just called to me’ and more hardcore information about what they’re actually doing when they’re playing guitar.”

The documentary that got closest to this for me recently was The Wrecking Crew, perhaps because filmmaker Denny Tedesco was the son of guitar player Tommy Tedesco and grew up listening to his dad talk shop with other musicians and, like me with my dad, learned to love the rhythms of those overheard conversations. 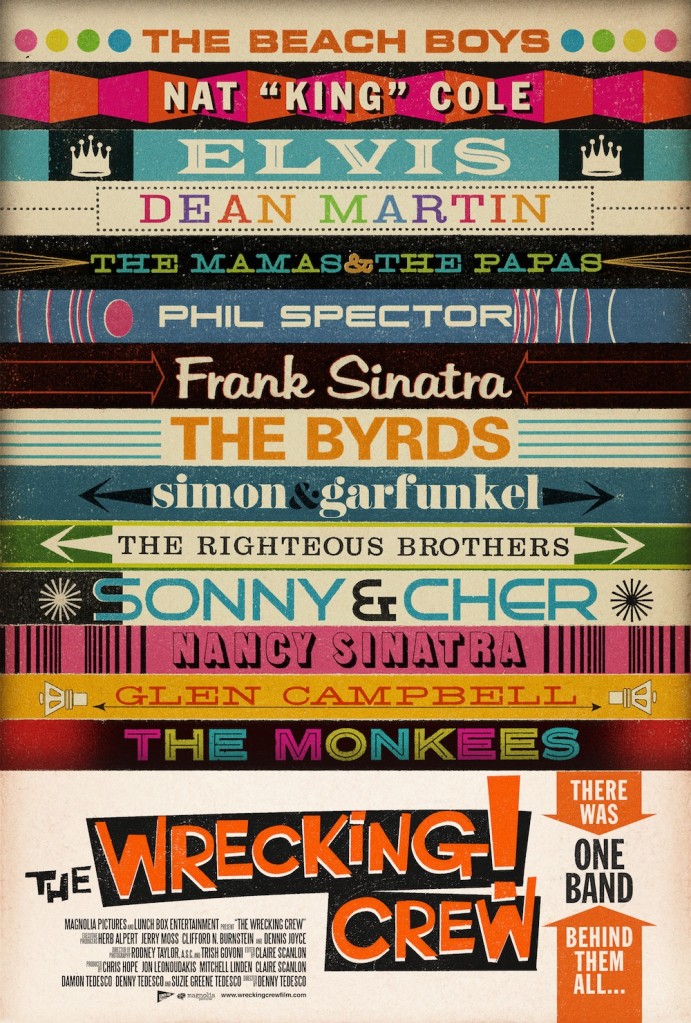 Of course I know that these books and documentaries are for a general audience and have to appeal to a wide number of people, most of whom are probably not interested in these things to the degree that I am. But, if you want to get an intimate portrait of an artist, I don’t really think you can actually get much more intimate than interrogating exactly how she came up with her music, getting inside that little chamber of her being where her heart overlaps with her intellect which overlaps with physical technique which overlaps with past experience which overlaps with a future-oriented intentionality.

Don’t get me wrong, I know this is a lot to ask for. Not only for the presumption that an artist would even want to talk about her process at this level of detail, but also because I’m not sure it’s even actually possible!

Speaking for myself, there are only so many variables I feel remotely in control of while I’m playing or singing. I’ve been doing both since I was a child, and yet I still always feel that I’m riding this enormous wave that’s always on the verge of completely crushing me anytime I so much as go to rehearsal, much less make a recording or get on stage. Maybe I’m just a perpetual novice, a hopeless hack, but I’m not sure how much of my own process, such as it is, I could articulate—I mostly hold on for dear life and hope to God not to fuck anything up before the song is over. 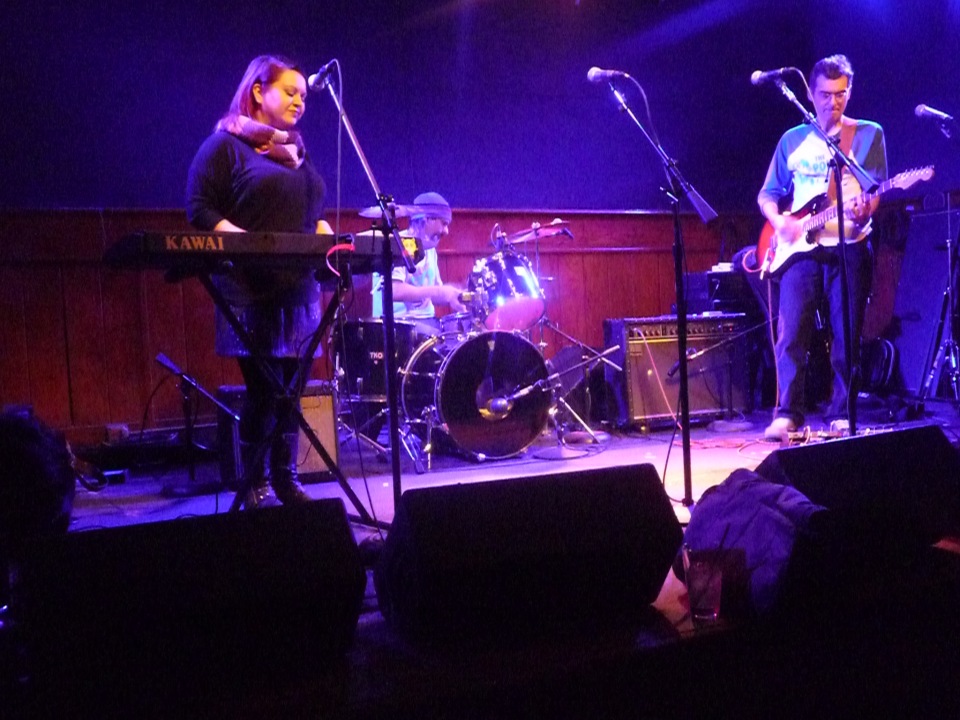 There can be joy in there too sometimes, and instinctive communication with my fellow musicians, and an attempt to convey a larger, wordless sense of love to an audience, but for me, it’s almost always undergirded by struggle at worst, or forceful, deliberate attention at best. That’s why I’m always amazed by musicians who drink or are on drugs while they play; it takes every ounce of concentration I’ve got to make whatever mediocre sounds I’m capable of. I could never spare the extra energy and attention that gets eaten up by intoxication.

And maybe that’s why I’m so hungry for stories about how other musicians do what they do—to compare notes, to see if I’m doing it “right,” to see if I’m doing it like people I respect and admire, the people really and truly touched by extreme grace. The great and overarching refrain of my monkeymind is, “am I doing it right??” And that’s in everything from my gender presentation, to the way I do my job, to the way I eat and otherwise take care of myself physically, to the way I meditate and experience Spirit. I guess I feel like if I can get some validation that I’m doing it “right,” then I can relax and keep doing what I’m doing. And if I’m not, then maybe I can at least save face and quickly get on with doing it another way before anyone else notices. Even the rebellious part of me thinks that I’m never seeking rebellion for the sake of itself, but for the sake of righting a popular situation gone wrong.

So I guess that’s what made Amy, the movie, extra disappointing for me. It wasn’t enough that the rehash of her public problems felt so cruel and even redundant; it’s that the small crop of anecdotes actually about the music gave such a tantalizingly incomplete glimpse at what informed her massive talent—there was her teenage recording of “Moon River” that plays over the opening credits; producer Salaam Remi saying that he would have been willing to work with her for free just because he wanted the experience of having her over to his house to sing and play for a while; her and Tony Bennett’s mutual admiration society; the brief footage of The Kills rocking out at the epicenter of Camden cool in the early 2000s; Questlove enthusing about the way Amy put him through his musical paces over the phone when they were thinking of collaborating after the success of Back to Black; and even Amy’s wickedly hilarious, under-the-breath disdain at her pre-Grammy performance for the fact that Justin Timberlake’s best record nomination was for something actually called “What Goes Around…Comes Around.”

The film was much on my mind in the weeks after I saw it, as I mulled over these questions of musicianship and process and public persona. And, out at lunch one afternoon, the radio happened to be playing the recently released recording of Michael Jackson’s “Love Never Felt So Good.” I’d heard the song once or twice last year after it first came out (mostly the Timberlake duet version), but hearing it that day, with everything else on my mind about Winehouse and du Pre, its brilliance hit me extra hard. I downloaded the John McClain-produced version onto my iPhone immediately and have been listening to it incessantly ever since.

And, true to form, I’ve been voraciously seeking out what little information I can find about its arrangement—I’m desperate to know more about how it’s put together. It feels so authentic to that Off the Wall-era mode of production that I’m dying to know if the fully orchestrated version was indeed recorded at that time or if McClain put it together posthumously, specifically for inclusion on Xscape. (If anyone knows more of the scoop, please send me an e-mail!!)

Of course, we all know the sordid details of Jackson’s demise. But hearing him sing on popular, contemporary, Top 40 radio again, on an otherwise mundane weekday afternoon, was such a perfect reminder to me that even if people want to get distracted by the trappings surrounding a life in music (and that obviously includes musicians themselves), it’s still possible for music to leave us breathless, and speechless, marveling at its ultimately irreducible wholeness. We seek its wholeness so that we may feel our own more readily.

← On Blogging
My Time of Day → 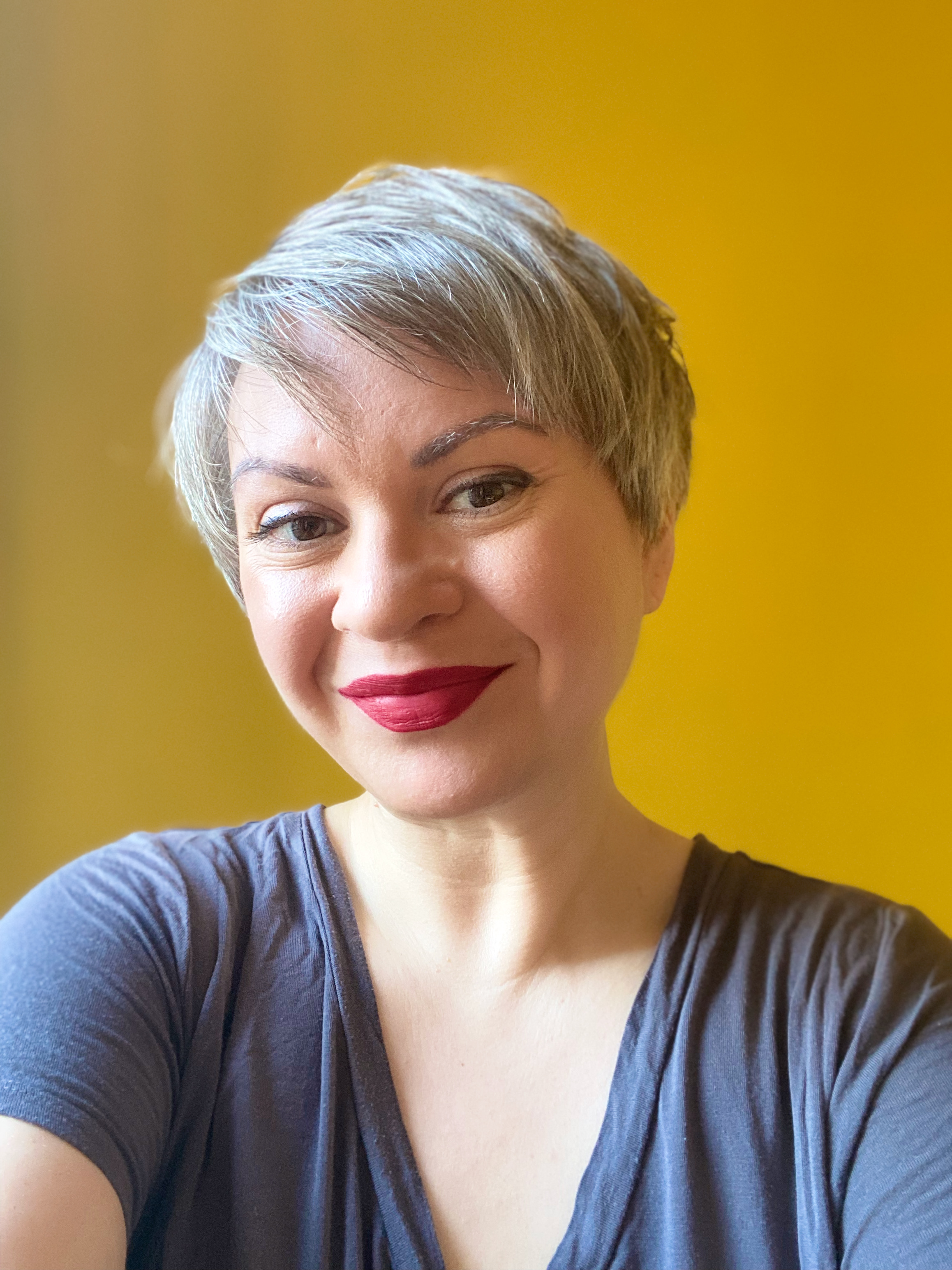