When I tell people that my dad was a musician, it’s often hard for me to explain what it was, exactly, that he did.

The first assumption is usually that he played in a rock band. That he wrote and played original material. That he toured. That he had aspirations of “making it.” That, living an hour outside Chicago, he must have been frustrated by his proximity to an urban metropolis where he could have been schmoozing and connecting with other players if he hadn’t had to raise three kids as a single parent and keep a steady job.

Other guesses might include that, as a piano player, he was classically trained and played in orchestras. Or that he was some kind of session musician, popping in and out of recording sessions, sprinkling some cool sounds on other people’s songs. Or that he was a mere hobbyist, playing front porches and backyards for the sheer love of it.

None of that is really true. Or maybe some of it is? Parts of all those different narratives got combined into a weird amalgam that’s so unique that it disappears through my fingers when I try to hold it for someone else to observe and comprehend.

Born in 1949 to first-generation Polish parents, he began playing the accordion as a young child, and eventually was able to transfer the right-hand keyboard skills to piano. (He always rued that his left hand dexterity was underdeveloped because of this early training on buttons instead of keys.) He played keyboards in bands throughout high school and college, though he also entered Indiana University as a French horn player, since he wanted to go into music education and he needed a band instrument to do so. He also learned to play a bit of violin, I’m told, though I never saw him demonstrate it. 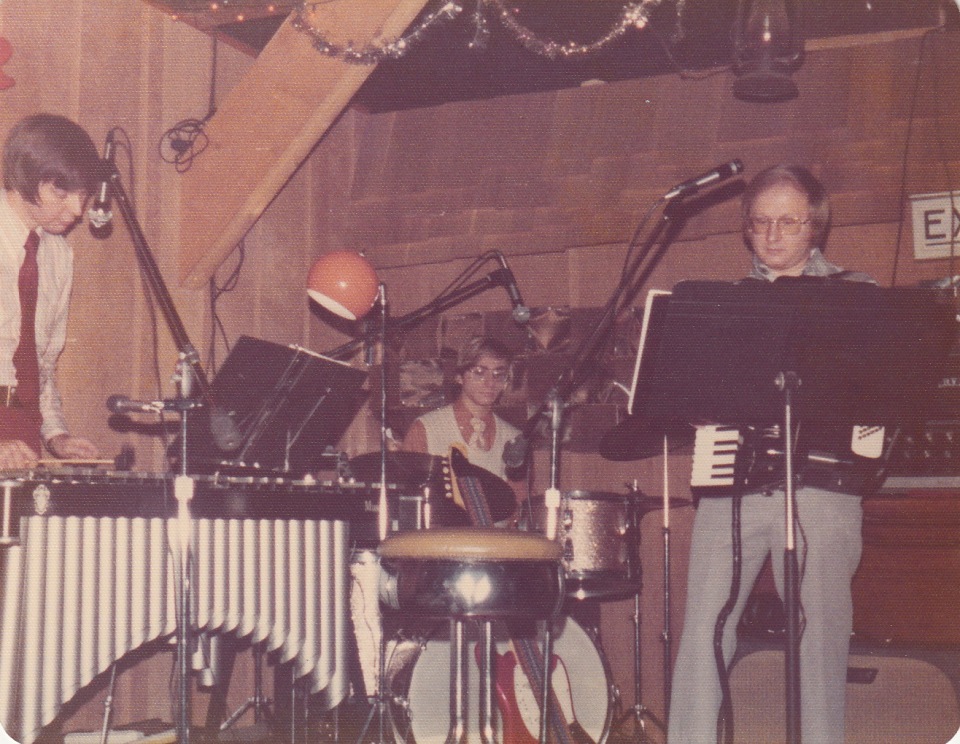 The summers during college, and then in the years afterward, he played with his own trio, a hilariously oddball group made up of him on Cordovox (basically an electric accordion), a singing drummer, and his best friend on vibes. Sheer, total bonkers instrumentation—and three of the most talented, tasteful musicians I can think of, even now. They played mostly cover songs and polkas, and were booked for wedding receptions, anniversary parties, high school banquets, and other large gatherings in the days before DJs were de rigueur. The line-up fluctuated in subsequent years after the vibes player moved to California, with the addition of a trumpet-playing friend, another keyboard, and a female vocalist for a time, before they eventually called it quits after my mother’s death in 1987.

He taught high school band for a few years in his late 20s and early 30s, grudgingly leading the marching band but preferring to conduct the pit band for musical theater performances. When he left education for a 9-to-5 office job that would afford him a better paycheck and more free time on nights and weekends for his own projects (and growing family), he continued writing instrumentation and conducting pit bands for musical theater productions throughout Northwest Indiana.

After the dissolution of his own band in the late ’80s, he also had more time to devote to playing music at church. Then, in the late ’90s and early 2000s, he connected with a female vocalist who gigged throughout the region and often let other musicians sit in with her band for a few songs throughout the night, and he became a regular fixture at her gigs in various restaurants and bars until he had the stroke that put him in a nursing home in the summer of 2004.

And not only did he play, he was also a voracious music listener and appreciator. Though he was a jazz musician, his favorites weren’t John Coltrane or Miles Davis—he loved trumpet players like Maynard Ferguson and Don Ellis and Allen Vizzutti.

He loved Huey Lewis and the News and Lionel Richie and Gloria Estefan in the ’80s. He went through a massively obsessive phase for weird old doo-wop recordings. Of course musical theater was a constant presence—he preferred Les Miz to Phantom, but loved the Anthony Newley/Leslie Bricusse stuff most of all, thanks to fond memories of his own high school’s production of The Roar of the Greasepaint—The Smell of the Crowd. And even though he wasn’t super into the rock music of his generation (I don’t have the Beatles or Stones love that many kids of my generation do because their parents were avid fans), he knocked me out one time when, as I was learning more about the ’70s New York punk scene, he casually mentioned how he’d always really liked Tom Verlaine’s playing. He didn’t quite understand what I liked about OK Computer, but Jeff Buckley’s vocal calisthenics at the end of “Grace” earned his unreserved admiration.

I never once heard him talk about “doing” anything with his music. He did it, and that was all that mattered. I’m sure there was probably some part of him that wished he could have played more, or that he could have found some musical day job that would have paid well enough to survive on, but I literally never heard him mention it or complain about it. At his wake in late 2012, one of his friends said that my dad was made of music. That’s as true to the spirit of how essential it was to his identity as any other description I’ve ever heard.

I only bring this history up to contextualize the fact that my currently playing in a rock band is not actually an obvious thing for me to be doing. The years that I spent performing both on stage and in the pit bands for local musical theater productions—that was obvious. My voice lessons in my early 20s at the Bloom School of Jazz—that was obvious. 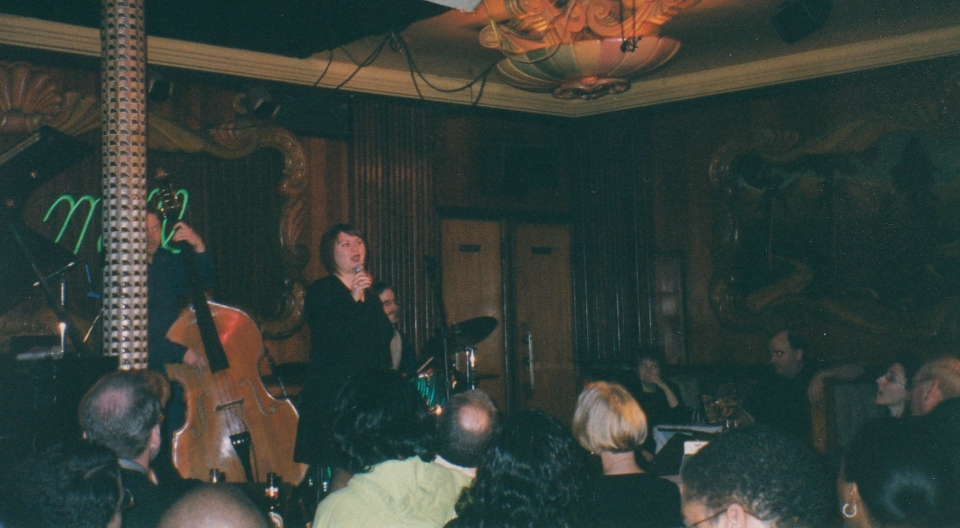 But this weird thing that I’ve been doing since early 2010, singing and now playing keyboard in a band in Chicago, performing mostly original material with a few covers thrown in on occasion, is something that doesn’t really find a template in what I learned from my father growing up.

Except, of course, for the camaraderie. Genre to genre, and format to format, that doesn’t really change much. And so I know I’m genuinely happy when my rehearsals with my band Pet Theories start to tickle my memories of how I remember my dad laughing his ass off about something with his drummer, or picking apart an awesome solo off some newfound recording around the dinner table with his trumpet-playing friend. Or even my own memories of giddy, exhausted late-night rehearsals at the theater in high school, or the surprised pleasure I felt the first time I actually heard a well-recorded take of my own isolated vocals on an arrangement of “More Than You Know.”

My band goes into the recording studio tomorrow to start laying down basic tracks for what will hopefully become our first full-length album. We’ve been playing some of these songs together for years; some of them we just started arranging less than two months ago.

And much like how, just now, I needed hundreds of words across about a dozen paragraphs to describe just what kind of musician my dad was, I’d probably need the same amount of space to describe what we sound like, the way that our disparate influences shape what we do and why it works as well as it does.

Maybe there’s an obvious referent for what we do that I just can’t hear because I’m so close to it. But I don’t think so. For a long time, I found it easy to tell people that we sound like The Police. (We even learned to play a handful of Police cover songs for a fundraiser at Schubas in December 2014.)

But even that doesn’t seem accurate anymore, now that we’re all growing more comfortable with each other and with what we each contribute to the overall sound.

I’m excited to hear what comes of the sessions this weekend, and hope to bring you all along for the ride. And even though being in a studio won’t necessarily make me think of my dad, finding time in my busy schedule to make music together with people I respect and admire and adore definitely does.