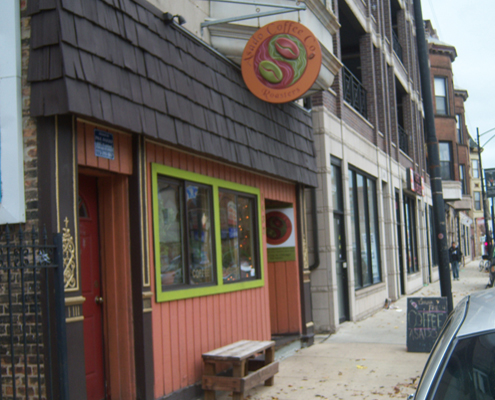 Yesterday morning I stopped at the Asado on Irving Park for a coffee. I was feeling crabby and unsettled, stifled in some indefinable way.

When I stepped inside, the guy behind the counter greeted me warmly, cheerfully asking what I’d like to order. I asked him to recommend a roast from today’s three offerings and he explained the differences in taste, acidity, and body. I chose one pretty much at random and sat down at a table to wait for the pour-over cup to be ready.

I took my red Moleskin notebook out of my shoulder bag and began writing my way through a litany of all my current frustrations, all my current mental/emotional/spiritual blocks, trying to excavate whatever the root of my discomfort might be. The warm cup of coffee, with my requested touch of cream and sugar, was soon placed in front of me. I eagerly took a sip of the strong, almost ashy blend. I couldn’t help but think how improbable it is that we, as humans, cultivated this beverage at all, and marveled that Chicago should now have so many fancy roasters available to partake in.

I have a love-hate relationship with coffee that goes back years. I first learned to gulp it down with tons of cream and sugar as a teenager during late nights out at the local diner with my theater friends. I remember, during what must have been spring break of my junior or senior year, drinking so many cups one night that I temporarily forgot what caffeine would do to a person. After my friend Kristen dropped me off at home many hours later, I lay wide awake in bed, feeling like a tweaked-out, over-stimulated cartoon version of myself, my heart pounding rapidly in my chest, wondering if the fever-pitch insanity pulsing through my body would ever dissipate enough to let me sleep. 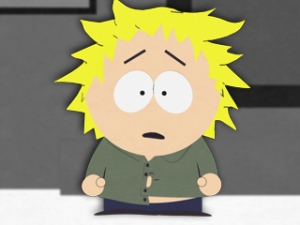 I drank coffee off and on during college, especially on days when I was scheduled for multiple classes that segued into late evening film screenings or other meetings, though I always got frustrated by the inevitable crash that left me feeling like my veins were scraped out by the dregs of the coffee grounds.

At some point as I neared college graduation, a friend introduced me to a magical new elixir called Red Bull, which I embraced wholeheartedly for the way it would buzz me up for much longer and wouldn’t crash me down as catastrophically as coffee did. It tasted like children’s cough syrup and became associated with a certain kind of odious Party Bro, though, so my romance with it as an alternative to coffee was fairly short-lived.

Once I moved to Chicago, I had endless choices for my fix: Atomix near my first apartment, Starbucks across the street from my office, the Bourgeois Pig, Beans and Bagels near the Rockwell brown line stop, Black Cat on Division (I can’t even find evidence online that that place ever existed, though I vividly remember walking there once after a brutal early January cold snap to work on my review of 8 Mile for the website Spiked Online).

In the same way that I struggle with caffeine, I struggle with money (specifically with saving it, and not overspending or getting myself into debt), so at some point I decided I’d have to invest in a coffeemaker so that I could start making the stuff at home, rather than buying a cup somewhere every day. As I recall, I fortuitously received a personal coffeemaker, which could brew enough for just two cups, from one of my cousins in a holiday gift exchange. But coffee brewed at home in an inexpensive machine always tastes kind of crappy, so indulgences in cups from all of the above mentioned places continued, if not quite as frequently.

When I started exercising more and cleaning up my diet with raw foods and green smoothies, coffee was naturally one of the habits I knew I needed to break. I started putting maca powder in my smoothies to both give my adrenals a break and hopefully to compensate for the energy boost I knew I’d be missing. I eventually dropped the habit altogether and felt extremely virtuous about it.

Until early 2010, that is, when I was copyediting Cherry Vanilla’s (amazing) memoir Lick Me and decided to dose myself with a cup of coffee, almost medicinally. My thinking processes after a good cup of coffee always felt more fluid and effortlessly intuitive, and it indeed helped me plow through the editing process on the impossibly short schedule I’d been allotted. Of course, I got majorly hooked again, and I date my current on-again, off-again relationship with the stuff back to that fateful cup.

So then I moved on to Dunkin’ Donuts as an alternative to Starbucks on my way to work, Einstein’s Brothers when I couldn’t find anything else (their coffee is truly awful), the Julius Meinl on Southport, Regulus’s dearly departed brick-and-mortar shop, the occasional cold brew at home, and now even new kid on the block Bad Wolf Coffee with their exquisite pastries. 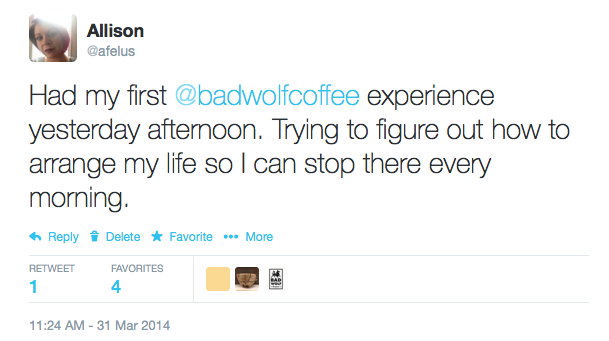 My life is awash with temptation and the constant promise of fulfillment coupled with the inevitable risk of oversaturation.

Back at Asado on Sunday, I sipped from my mug and let my thoughts drift away from the doubts and anxieties that had been plaguing me. I noticed at some point that the sound system had begun to quietly play that notorious first Clap Your Hands Say Yeah album. I hadn’t heard any of those songs in ages, and I was surprised by how terrific they sounded. Ounsworth’s vocals will never be exactly crowdpleasing outside certain circles of now old-school hipsters, but the drumming was tighter than I’d remembered, and I’d forgotten, too, how catchy the melodies were. 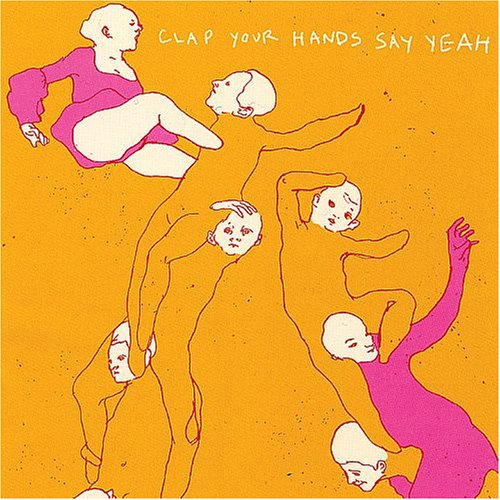 After a little while, I looked up from my now nearly empty mug and realized what a massive healing it had been to just sit in a coffee shop alone on a Sunday morning, listening to an almost ten-year-old album, sipping a lovingly brewed cup of coffee, and getting some much needed caffeine into my system. Certainly some of my mood lift could be chalked up to the chemical stimulation, but I felt all the morning’s heaviness fall away just the same. I gratefully reconnected with an inner sense of optimism and enthusiasm, and looked forward to a few hours of random wandering and exploring.

As I packed up my notebook and put on my coat and got ready to head out, I returned my mug to the guy at the front counter and thanked him both for the blend he’d recommended and for playing the CYHSY album. He laughed and shared that one of the women who worked there had recently said of that album, “Oh, it reminds me so much of middle school,” and I laughed loudly in response. He and I were probably about the same age, and thus recognized that our experience of that band would necessarily be very different from someone who listened to it as a middle schooler.

It wasn’t really a “kids these days” thing or a “gosh, aren’t we old” commiseration. It was just a nice moment of connection over coffee and music and the acknowledgment of the cycles that bring us back to them both in times when we need them most.