For almost as long as I can remember, I’ve Done Stuff to my hair.

I got my first perm in something like first or second grade (which seems insane to me now—all those chemicals!); I got my last perm in the summer of ’93 right before I took my first international trip to France with a group of students and teachers from the high school that I’d be entering that fall. Thinking that I wouldn’t have to futz with my hair too much while traveling, that the curls would render it already “done,” I didn’t anticipate that all the walking around in the sunshine in early August would work its own magic on my chemically treated hair and so I returned home with an incredible mop of orange frizz. 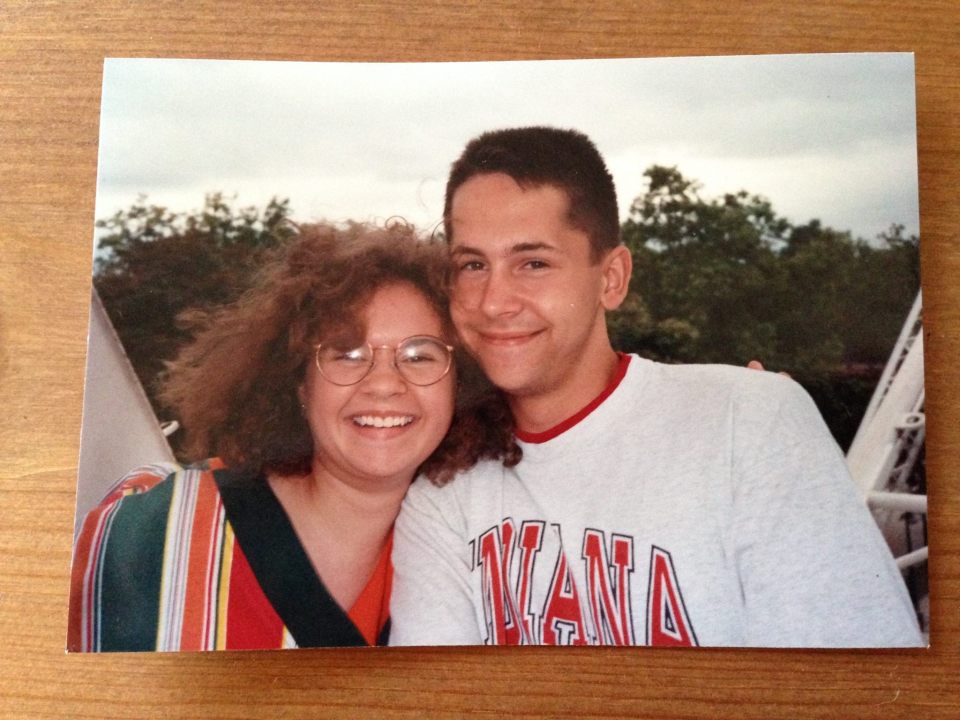 After those curls finally grew out and/or got cut away, I went through a few years with my natural brown hair either in a simple bob with bangs or in a short pixie-esque crop.

And then I went blonde for the first time.

I was a junior in high school in Northwest Indiana and the choir director had taken two of the upper level groups on a trip to sing at some sort of event in Atlanta. One of the first nights there in the hotel, my gorgeous friend Rhonda convinced me to buy a highlighting kit at a nearby drugstore. Thinking I’d just end up with a few tastefully sun-kissed light brown streaks in my hair, we spent the next few hours pulling strands through the plastic cap and baking my head with the bleach mixture we’d mixed up in the hotel bathroom. Well, surprise surprise, I of course came out of the experience a genuine bottle blonde. And I fucking loved it. 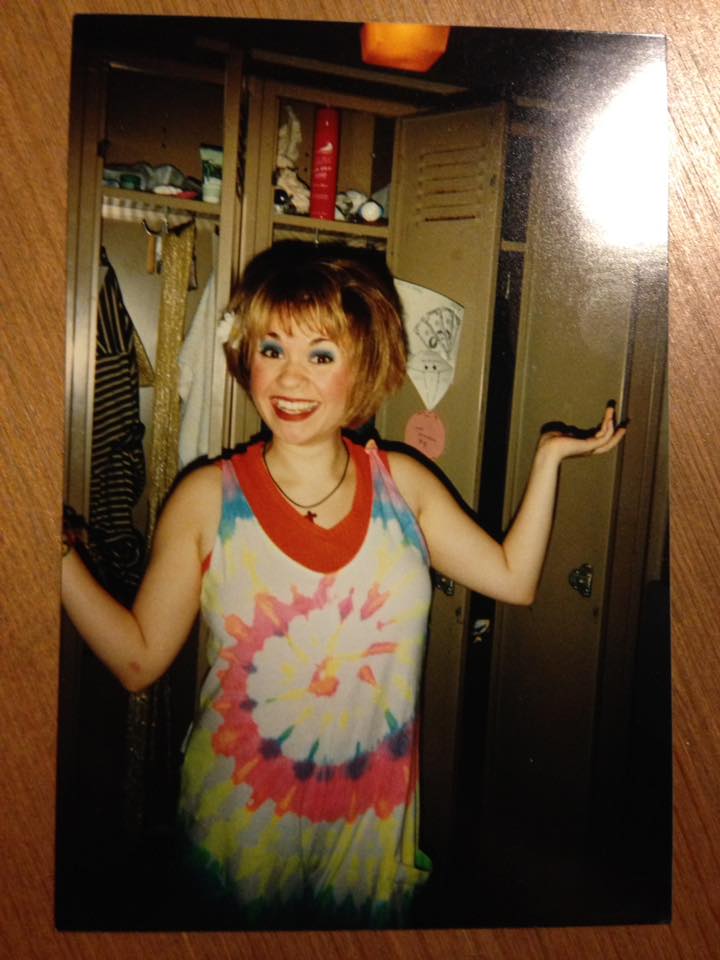 Throughout my remaining teen years and early 20s, I would play with various drugstore hair colors, never settling on a cut or color for longer than a few months. I’ve always been extremely bad at predicting my own body’s needs–hunger usually takes me by surprise, resulting in an immediate decree that I have to eat NOW, and it’s pretty much the same with my hair. Especially at that point in my life, I never had the good sense to predict that, yes, after about six to eight weeks, I would need to get some sort of trim or reshaping, so I never settled down with one hair dresser. All my haircuts happened in desperate trips to “walk-ins welcome” chain salons or in poorly lit bathrooms at the mercy of girlfriends with shaky hands and dull scissors.

A couple years after I moved to Chicago, though, I knew it was finally time to find a big-girl salon, to graduate to a real, skilled hair stylist that I could come to rely on, one who would really get to know my hair, help guide me to flattering cuts, and safely apply good-quality color.

And that’s exactly what I found in Bobby Paul at Orbit Salon. 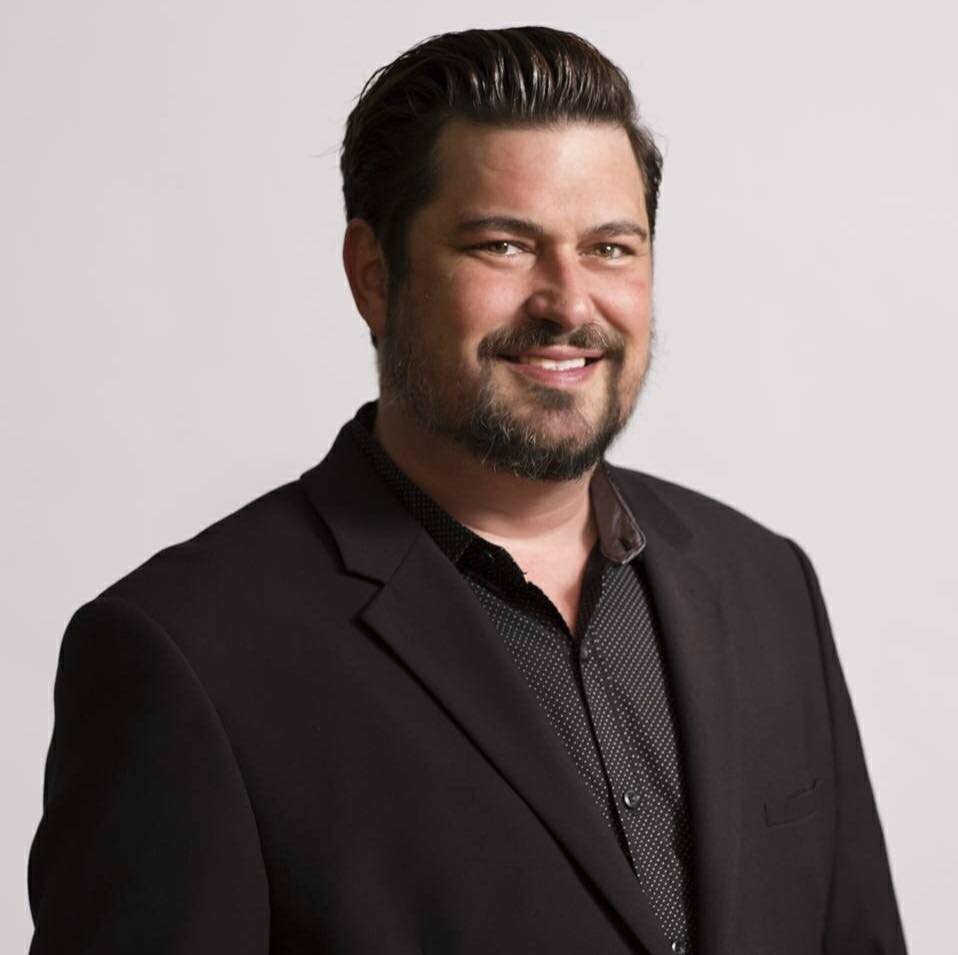 He was initially recommended to me by a friend at work who’d gotten an amazing asymmetrical cut from him that was somehow incredibly punk yet still chic enough to be workplace appropriate.

I don’t remember the first few haircuts that I got from Bobby, but I do remember the first (and last) time that I showed up for an appointment after having unsuccessfully bleached my own hair at home to an unflattering brassy yellow rather than the sunny, shiny blonde I’d been hoping for. It had been several months since I’d had my last cut, and my hair was grown out and shapeless, but I was too embarrassed to show up at the salon with my self-administered terrible dye job. When I couldn’t take it any longer and finally came in for a long overdue trim, I sheepishly admitted that I’d been hesitant to come in because I didn’t want him to yell at me for messing up my hair. He looked me up and down and drawled, in his inimitable Texan way, “girl, I’m not going to yell at you, but . . . do you want me to tone that?!” I think that was really the moment that solidified both our friendship and our working relationship.

The salon where Bobby slings beauty is on Clark Street, just a couple blocks south of Wrigley Field. As the neighborhood and the salon’s clientele grew ever more conservative, I grew more and more bold. As the type of women who wanted crazy cuts and extreme colors moved to other neighborhoods, I became something of a unicorn, the weird one who was more than open to experimenting and having fun.

The first really incredible dye job that I got from him was just before the ombre trend became ubiquitous, so the fact that he deliberately dyed my roots a dark, deep purple while the length was streaked to look like a glowing autumnal forest fire full of reds and glimmering soft browns was like this insane magic trick that left me feeling like I’d literally been transformed into a work of art.

In subsequent years he’s given me varying shades of pink, purple, blonde, blue, and green, many of which elicit gasps of delight from strangers on the street or in the grocery store, who beg to know where I get my hair done. 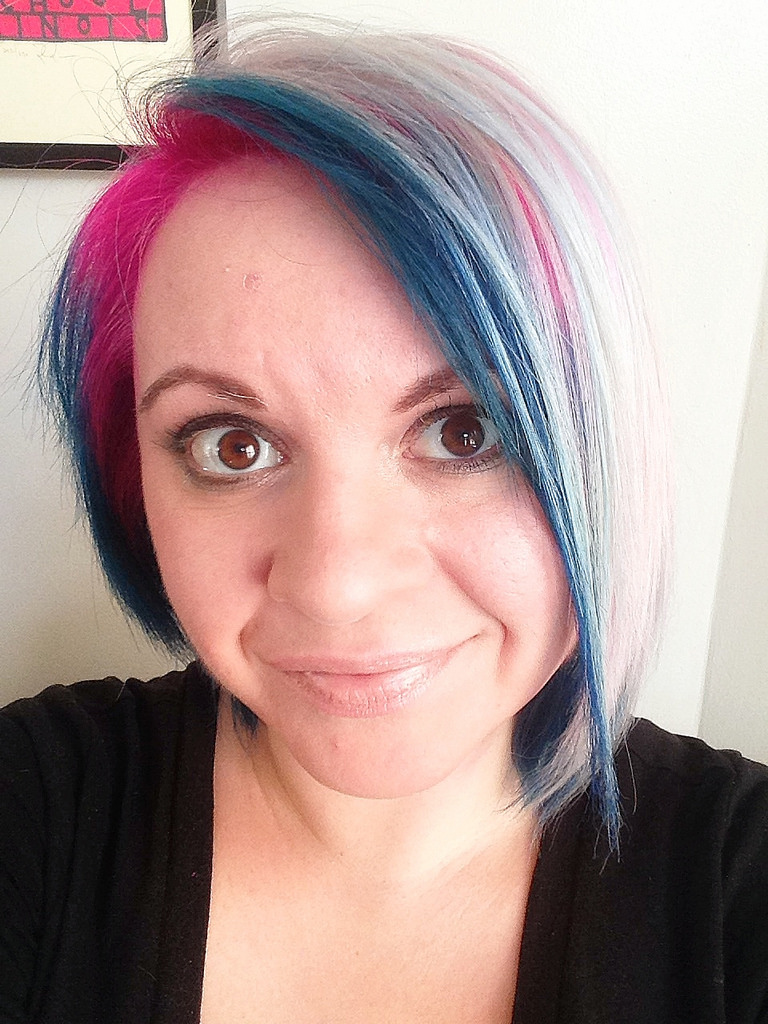 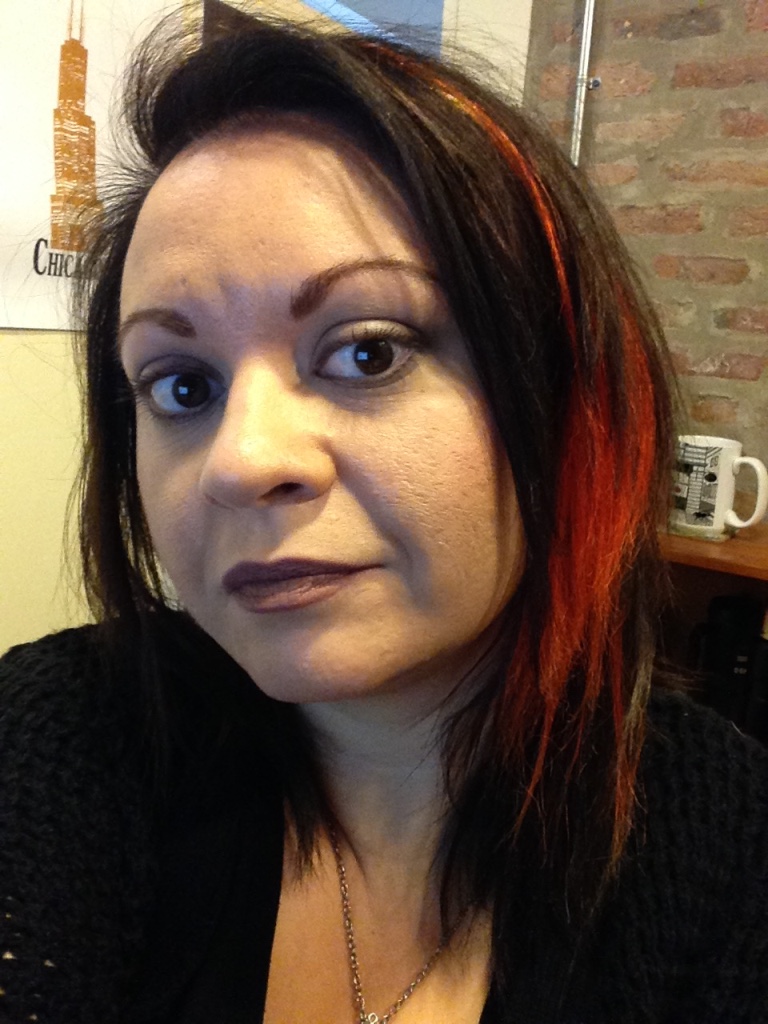 And even though he teases me and calls me Lola Granola when, every once in a while, I feel the need to chop everything off and go completely natural just to give my head a break from all the chemical punishment (and check out how much of my grey has grown in), he always makes me look my best even when I know he’s disappointed that he won’t have the chance to do something fun.

Bobby is nothing short of a hair wizard. And game recognizes game—a dear friend was dating a fancy hair stylist several years ago, and I’ll never forget the time the boyfriend calmly and coldly assessed my hair for a few moments before declaring, “that’s a good hair cut.”

I’ve recommended Bobby’s services to dozens of friends and acquaintances over the years, many of whom he still remembers and asks me about years after they’ve moved to other parts of the country. He’s the consummate professional who makes what he does look easy, who never takes more time than he needs, and who never forces his tastes onto clients and always gives them the best possible version of what they’ve asked for.

My maternal grandmother was a hair stylist long before I was born, long before she went to work as a radio dispatcher at our small town’s police station, though she still kept a hair washing sink and an old-fashioned chair hair dryer in her basement. It was one of the great, glorious pleasures of my young life to have her wash my hair or give my bangs a trim when they needed it, especially when she would also tell me stories of how scandalous it was that she bleached a big strawberry blonde streak into her nearly black hair in the 1940s, when she was a glamorous habituée at all the local dance halls. Maybe an instinctive knowledge of and respect for the transformative power of a good hair cut is in my blood; maybe it’s simply nostalgia for the familial comforts of my early childhood. What I do know is that Bobby Paul gives the best hair cuts in the city of Chicago, and it’s nothing but a complete delight to be remade by his artistry on a regular basis.

← Good Luck: Street Life in the City of Chicago
For the Thrill and the Wonder of Adventure →