The Worst Drummer I Have Ever Seen

A little over a week ago I went to see a jazz pianist’s trio in concert for the first time.

I’m not a particularly huge fan of his, but find his playing and sense of interpretation interesting. He was scheduled to perform at a local venue that I don’t love, but it’s convenient to get to and, all in all, I figured it would be an enjoyable evening.

As the daughter of a musician, an experienced performer in my own right, and a psychic to boot, I’ll admit that I’m a tough critic. I see everything; I hear everything.

But, I also very much want to be entertained, even transported. In many respects I am as forgiving as I am judgmental. It is always my instinct to weigh all aspects of a performance against a sympathy for the artist, especially relative to his or her open-heartedness.

So despite the venue, despite my lack of knowledge of the pianist’s body of work, I wanted to have a good time. It was Friday night; I was out with my love; I was determined to enjoy myself.

Alas, it was one of the worst shows I’ve been to in a very long time!

The pianist himself may have been interesting. I still like his touch and would be keen to see him do a solo set.

But his band was just laughably subpar. Particularly his drummer; he has to be one of the worst professional drummers I have ever seen.

His sense of time was competent, but his musicality was absolutely nil. He careened around the kit seemingly at random, never developing a musical story or other form of through-line to complement the song. His dynamic range was seemingly nonexistent. It was almost physically painful to listen to him play.

For a while, I tried listening past him, as it were, but in a trio setting, he was pretty difficult to ignore. The less said about his solos, the better.

The whole thing felt like the revenge of overly cerebral, hyper-educated, super fancy jazz training. You could hear every credit hour of conservatory work, every endless theoretical deconstruction of meter and pattern, every earnest late-night debate about the future of jazz. I’ve often been mansplained to about jazz, but this is the first time I can recall ever feeling mansplained to through the music itself. “Hello, yes, this is Very Serious Jazztimes. Please sit back and appreciate our genius. Can’t appreciate it? That’s just because you don’t understand it.” 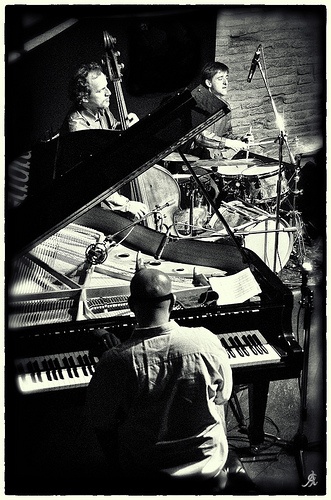 I don’t know who these guys are; I’m sure they’re great! No aspersions cast!

As the concert wore on, the very serious crowd dutifully clapped for every solo and nodded along sagaciously with every chord inversion. It felt like a very Emperor’s New Clothes situation. It got so bad that my brain actually pushed me into relativistic philosophizing.

“Nothing matters! Quality is an illusion! Effort is for naught! If this cat is a successful, apparently lauded touring musician, then why does anyone ever attempt to critique anything? Value judgment is irrelevant!”

Which . . . actually led me to a really amazing place of self-acceptance and release.

I tie myself in knots endlessly attempting to make sure any and all aspects of my creative output are “good.” I rewrite, rehash, rethink everything I put into the world to a ridiculous degree. I often abandon ideas before they’ve had half a chance to survive, simply because I think they’ll be deemed stupid or will otherwise reveal me as an utterly incompetent moron. And not just by vicious strangers on the internet; I worry that my closest friends and confidants, the people whose insight I value deeply, will secretly roll their eyes at my work, or worse, will have to take me aside for a quiet moment of realtalk: “Allison, ouch, that thing you wrote was really, really bad. I really thought you were better and smarter than that.”

I’m worried about it right now, writing this.

This self-castigation is in no way unique to me, I know, but the pain of wanting to create yet not allowing myself to, for fear of imagined judgment or ridicule, nevertheless takes up a significant amount of my brain power and life force.

My father was a perfectionist, and certainly I learned to mimic him in that. I also learned to push myself to attempted perfection in all my pursuits in order to remove one more potential stressor from our already volatile household. If I was beyond reproach in all the possible areas I could control, maybe he wouldn’t have to get mad and yell at us.

These are hard, deeply ingrained habits to break. Yet, this terrible drummer showed me some kind of a loophole.

He had nothing approaching what I would call talent or taste, but it didn’t matter what I thought. He was still playing. He was making his living as a musician. Behind all the musical mansplaining and skittery improvisational hackwork, he looked like he was even having fun. Even if, hypothetically, he’s riddled with self-doubt behind the scenes, he was still functional enough to get out in front of the crowd and play. And, the audience didn’t condemn him—quite the opposite. He was loudly applauded, praised for his effort.

The lesson, for me, couldn’t have been more simple. If I truly love what I do, and have the discipline to commit myself to it regularly–obsessively–both jeers and applause cease to matter quite as much. I will find the people who appreciate me, but more importantly, the work itself will provide its own fuel for my continuing to do it as long as I continue to love it. 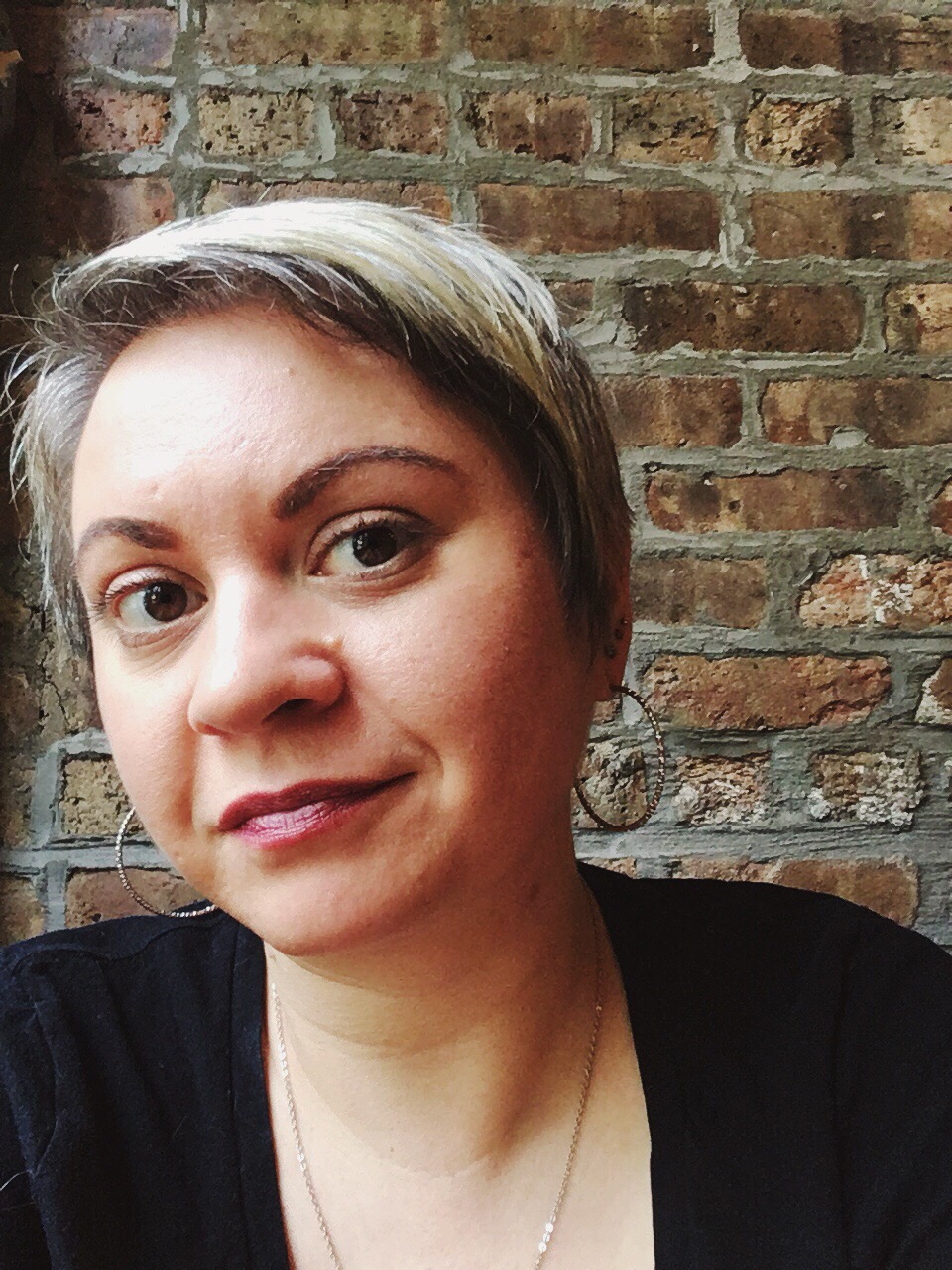